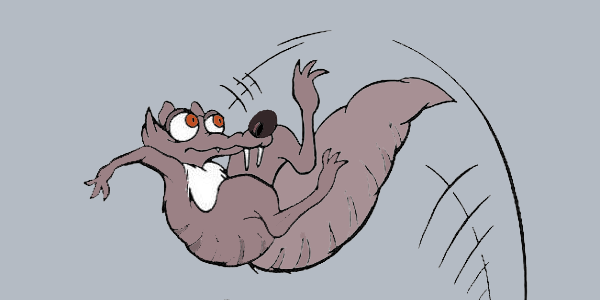 Ice Age is a 2002 American computer-animated film created by Blue Sky Studios and released by 20th Century Fox. It was directed by Carlos Saldanha and Chris Wedge from a story by Michael J. Wilson. The story follows three Paleolithical mammals attempting to return a lost human baby to its parents. The film stars Ray Romano, John Leguizamo, Denis Leary, and Goran Visnjic.

The film begins with a sabre-toothed squirrel (known as Scrat) who is trying to find a location to store his prized acorn. Eventually, as he tries to hide it, he causes an avalanche. He barely escapes, but finds himself stepped on by a herd of prehistoric animals. The animals are trying to avoid the ice age by migrating south. Sid, a clumsy Megalonyx sloth left behind by his family, is attacked by two Brontops whom he angered. Sid is soon saved by Manfred (“Manny”), an agitated mammoth who fights them off. Not wanting to be alone and unprotected, Sid follows Manny. Meanwhile, Soto, the leader of a Smilodon pride wants revenge on a group of humans by eating the chief’s baby son, Roshan, alive. There is an attack on the human camp, causing Roshan’s mother to be separated from the rest and jump into a waterfall. Soto’s lieutenant, Diego, is sent to find and bring the baby back. Sid and Manny spot Roshan and his mother near the lake, having survived her trip over the waterfall. The mother only has enough strength to trust her baby to Manny before she disappears. After much persuasion by the sloth, they decide to return Roshan (nicknamed “Pinky”) but when they get to the human camp, the humans are gone. They meet up with Diego, who convinces the pair to let him help by tracking the humans. The four travel on, with Diego secretly leading them to an ambush. Soon they reach a cave where Sid and Diego learn about Manny’s past and his previous interactions with the humans, where his wife and son were killed, leaving Manny a cynical loner. At one time the group passes a flying saucer embedded in clear ice. At the end of the film, Diego, Manny and Sid battle Soto’s pack and a short fight ensues. As Soto closes in for the kill on Manny, Diego leaps and stops Soto, who wounds Diego in the process. Manny, in vengeance, knocks Soto into a wall of rocks, where sharp icicles fall on Soto, killing him. Manny and Sid manage to return the baby to his tribe, and Diego rejoins them, as the group begins to head off to warmer climates.