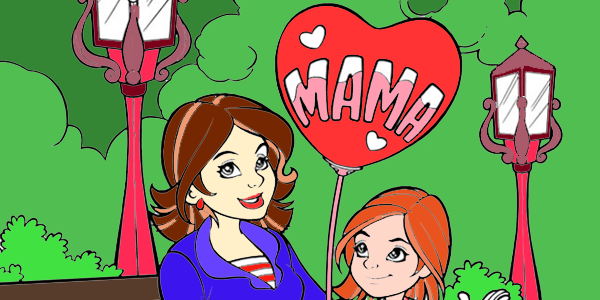 The modern Mother’s Day is celebrated on various days in many parts of the world, most commonly in May, though also in March, as a day to honour mothers and motherhood. In the UK and Ireland it follows the old traditions of Mothering Sunday.

In families who celebrate Mother’s Day, the day is usually all about spoiling the mother. She gets breakfast in bed and presents and mostly the household choirs are taken over by the father and/or children. At school children are mostly stimulated to make presents for their mothers especially for this day. It’s also common that families visit their grandmother on this day.

In Europe there were several long standing traditions where a specific Sunday was set aside to honor motherhood and mothers such as Mothering Sunday. Mothering Sunday celebrations are part of the liturgical calendar in several Christian denominations, including Anglicans, and in the Catholic calendar is marked as Laetare Sunday, the fourth Sunday in Lent to honour the Virgin Mary and your “mother” church (the main church of the area). Children and young people who were “in service” (servants in richer households) were given a day off on that date so they could visit their families (or, originally, return to their “mother church). The children would pick wild flowers along the way to place them in the church or to give them to their mothers as gifts.

Color these beautiful mother’s day coloring pages as a surprise for your own mother! Because all mothers should be taken care of well on this very special day. But most importantly, don’t forget to tell her how much you love her and give her a big hug! (That’s what mothers want most after all!)