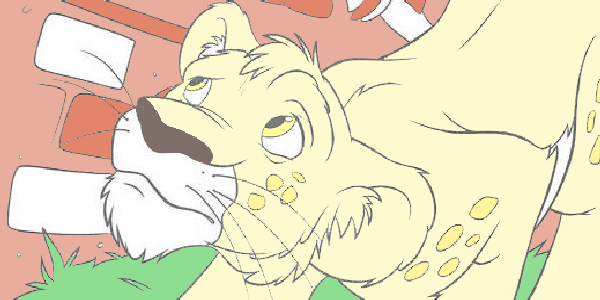 Welcome to the The Wild coloring pages!

The Wild is a 2006 computer-animated film directed by Steve Spaz Williams, produced by Clint Goldman, assistant produced by Jim Burton and C.O.R.E. Feature Animation, and was released by Walt Disney Pictures on April 14, 2006, in the United States.

The film begins with Samson, a lion, telling his son Ryan stories of his adventures in the wild. Ryan attempts to imitate his father’s roar, but all he can manage is a squeaky growl. Ryan is teased by the zoo guests and he sulks away in his tree. During the night, when the zoo closes, all the animals are free to roam. Samson heads off to play a game of curling with the other animals, while Ryan is taunted to come with his friends to stalk the gazelles like his father. On the other hand, Samson observes as his best friend Benny, a squirrel, tries to get Bridgette the giraffe to go out with him, but she is clearly not interested. Meanwhile, Ryan’s friends sneak into the gazelle exhibit. Ryan tries to stop them with a roar, but growls instead. However, it wakes the gazelles into a stampede, which ruins his father’s game, invoking his anger. He scolds Ryan for spending all day sulking. Ryan retaliates by saying he sulks because he would feel much better being a loser if his father wasn’t Samson the Wild.

That night, Ryan accidentally gets shipped into the Green Boxes, which Legend tells will take him to the wild. With the help of a pigeon, Samson and Benny go after him, sneaking into a garbage disposal truck. However, Nigel (an unlucky koala), Larry (a dim-witted anaconda) and Bridgette tag along to help as well, accidentally throwing Benny off the truck. After nearly being crushed in the garbage disposal, the group encounters a pack of rabid stray dogs. To their surprise, Samson makes them hide in the sewer rather than fight. There, they take directions from two street wise alligators who lead them to the docks.

The next morning, the four friends steal a boat (quickly figuring out they can’t actually drive it) to chase after Ryan’s ship. They reunite with Benny, who has enlisted some Canadian geese to help steer the crew in the right direction. After several days, Nigel goes mad with the heat and thirst, and, under the impression they have hit an iceberg, jumps overboard. Luckily, the boat has run aground in Africa. The group quickly discovers that all the animals in the area are being evacuated, as a nearby volcano has begun billowing ominous black smoke. They witness Ryan escaping, but he runs into the jungle before they can stop him. Samson attempts to use his instincts to find him, but it is quickly revealed that he has never been in the wild before. The rest of the group head back to the ship, but Samson decides to keep trying to find Ryan.

Are you ready to start coloring the The Wild coloring pages?