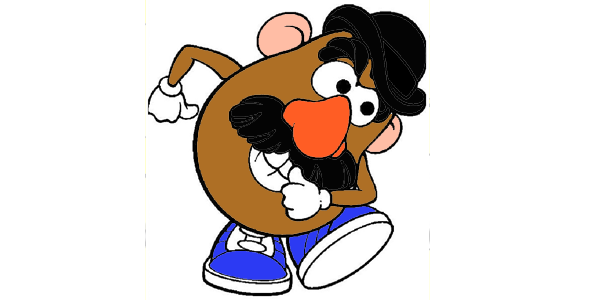 Mr. Potato Head is an American toy consisting of a plastic model of a potato which can be decorated with a variety of attachable plastic parts such as ears and eyes to make a face. The toy was invented and developed by George Lerner in 1949, and first manufactured and distributed by Hasbro in 1952. It was originally produced as separate plastic parts to be stuck into a real potato or other vegetable. A plastic potato body has been part of the kit since 1964.

Mr Potato Head was the first toy advertised on television and has remained in production since its debut. Over the years, the original toy was joined by Mrs. Potato Head and supplemented with accessories such as a car and a boat trailer. The character has appeared in film and on television, and has acted as spokesperson for several causes.