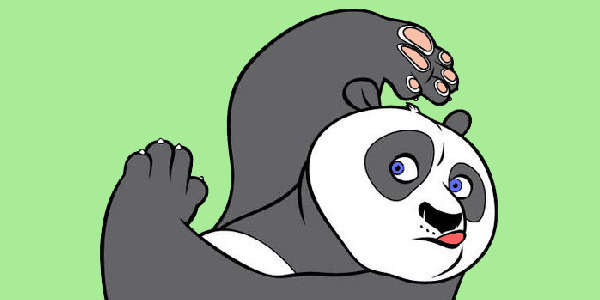 The story is set in the Valley of Peace, a fictional land in ancient China inhabited by anthropomorphic animals. Po (Jack Black), a young, clumsy, overweight panda, is a kung fu fanatic who idolizes the Furious Five – Tigress (Angelina Jolie), Monkey (Jackie Chan), Mantis (Seth Rogen), Viper (Lucy Liu), and Crane (David Cross) – a quintet of kung fu masters trained by Master Shifu (Dustin Hoffman) to protect the valley. Because he works in his goose father Ping’s (James Hong) noodle restaurant, Po is unable to achieve his dream of becoming a kung fu master himself.

One day, Shifu’s mentor, the elderly tortoise Master Oogway (Randall Duk Kim), has a vision that Shifu’s former student and foster son, the evil snow leopard Tai Lung, will escape from prison and return to the Valley of Peace to take revenge for being denied the Dragon Scroll, which is said to hold the secret to limitless power. Shifu holds a kung fu tournament for the Furious Five so that Oogway may identify the legendary Dragon Warrior, the one kung fu master worthy of receiving the Dragon Scroll and capable of defeating Tai Lung. Forced to take a noodle cart to the tournament, Po arrives after the doors to the tournament arena close and is unable to enter. Desperate to see the Dragon Warrior be chosen, Po straps himself to a set of fireworks and rockets into the sky. Po crashes into the middle of the arena at the moment when Oogway is to point out the Dragon Warrior, and to the surprise of everyone present, Oogway chooses Po.

Unwilling to believe that a big fat panda could be the Dragon Warrior, Shifu attempts to dispatch Po by berating and ridiculing him into quitting his training with the Furious Five, who similarly despise and mock Po for his lack of skill in kung fu. After receiving helpful advice from Oogway, however, Po endures his grueling training and slowly begins to endear himself to the Five with his tenacity, culinary skill, and good humor. Meanwhile, Tai Lung (Ian McShane) escapes from prison as foreseen by Oogway, ironically picking his locks with the feather of Shifu’s messenger Zeng (Dan Fogler), who had come to warn of Tai Lung’s impending escape. Oogway makes Shifu promise to train Po before his ascension. Still unable to grasp the basics of kung fu and confessing a crippling self-loathing, Po despairs that he has no chance of defeating Tai Lung. Shifu, however, discovers that he is capable of impressive physical feats when motivated by food. Using food as positive reinforcement, Shifu successfully trains Po to incorporate these feats into a makeshift yet effective kung fu style.