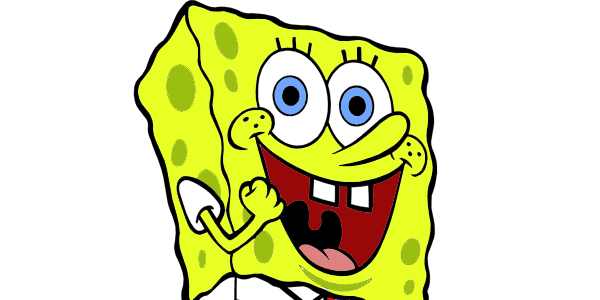 SpongeBob SquarePants is an extremely energetic and optimistic sea sponge (although his appearance more closely resembles a kitchen sponge) who lives in a pineapple under the sea with his pet snail Gary, who meows like a cat. Although Gary only actually speaks in a few episodes, (mainly in “Sleepy Time” in Spongebob’s dream world, where Gary is portrayed as a librarian with an English accent) the characters have shown an ability to understand him. Living two houses down from SpongeBob is his best friend Patrick Star, a dim-witted yet friendly pink seastar who lives under a rock. Living between the two is Squidward Tentacles, an arrogant and egotistical octopus who lives in an Easter Island moai and dislikes his neighbors (especially SpongeBob) for their child-like behavior. He enjoys playing the clarinet and painting self-portraits.

Another close friend of SpongeBob’s is Sandy Cheeks, a squirrel from Texas. Sandy is an expert at karate and lives in an underwater tree dome. When not inside her tree dome, she wears an astronaut-like suit because she cannot breathe in water. SpongeBob and Squidward’s employer is former officer cadet for the Bikini Bottom Navy force and war veteran Eugene Krabs, a miserly crab obsessed with money, who is the owner of the Krusty Krab restaurant. Mr. Krabs has a whale daughter, named Pearl who is a teenage cheerleader. The reason why Mr. Krabs’ daughter is a whale is unknown. Mr. Krabs archenemy is Sheldon Plankton, a small green copepod who owns a low-rank fast-food restaurant called the Chum Bucket across the street from the Krusty Krab. Plankton spends most of his time planning to steal the recipe for Mr. Krabs’s popular Krabby Patty burgers to obtain success (occasionally with the assistance of his computer wife, Karen), though his schemes always end in failure.