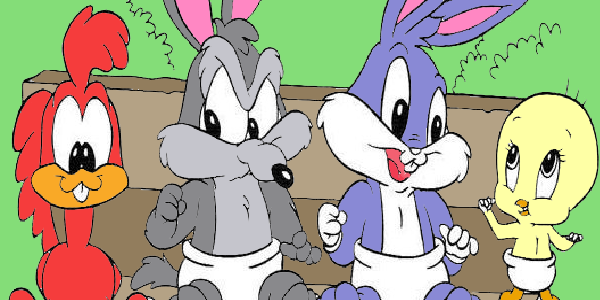 The cartoon was the first animated series produced by the collaboration of Steven Spielberg and Warner Bros. Animation during the animation renaissance of the late 1980s and early 1990s. The cartoon premiered in first-run syndication and CBS on September 14, 1990. In 1993, the show was licensed exclusively to Fox Kids, and later to Kids WB. Regular episodes ended production in 1992 in favor of Animaniacs, however, two specials were produced in 1994-1995.

A feature-length movie was released direct-to-video in 1992, entitled Tiny Toon Adventures: How I Spent My Vacation. This special was re-edited for syndication and aired as part of the original series. Other features released for Tiny Toon Adventures include Spring Break Special, It’s a Wonderful Tiny Toons Christmas Special, and Night Ghoulery. Christmas Special aired on Fox on December 6, 1992, and Spring Break Special was shown during primetime on March 27, 1994.

Do you know who are all part of the Tiny Toons? Well, for example there’s Tweety!
So if you’re all done reading now, it’s time to scroll down to the Tiny Toons coloring pages and do some coloring!!