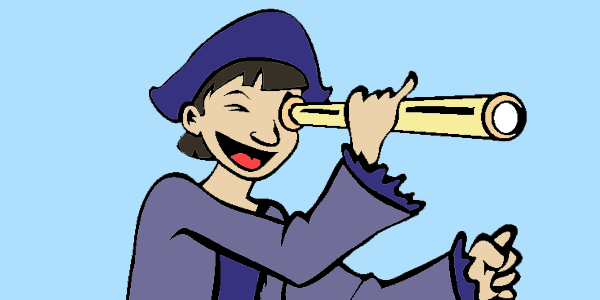 Many countries in the New World and elsewhere celebrate the anniversary of Christopher Columbus’s arrival in the Americas, which occurred on October 12, 1492, as an official holiday. The event is celebrated as Columbus Day in the United States, as Día de la Raza in many countries in Latin America, as Discovery Day in the Bahamas, as Día de la Hispanidad and Fiesta Nacional in Spain and as Día de las Américas (Day of the Americas) in Uruguay. These holidays have been celebrated unofficially since the late 18th century, and officially in various areas since the early 20th century. Now we’re celebrating them with out Columbus Day coloring pages!

Do you know who Columbus is? It’s time to find out with our Columbus Day coloring pages.

Columbus Day first became an official state holiday in Colorado in 1906, and became a federal holiday in 1937. However, people have celebrated Columbus’s voyage since the colonial period. In 1792, New York City and other U.S. cities celebrated the 300th anniversary of his landing in the New World. In 1892, President Benjamin Harrison called upon the people of the United States to celebrate Columbus Day on the 400th anniversary of the event. During the four hundredth anniversary, in 1892, teachers, preachers, poets and politicians used Columbus Day rituals to teach ideals of patriotism. These patriotic rituals were framed around themes such as support for war, citizenship boundaries, the importance of loyalty to the nation, and celebrating social progress.

Catholic immigration in the mid-19th century induced discrimination from anti-immigrant activists such as the Ku Klux Klan. Like many other struggling immigrant communities, Catholics developed organizations to fight discrimination and provide insurance for the struggling immigrants. One such organization, the Knights of Columbus, chose that name in part because it saw Christopher Columbus as a fitting symbol of Catholic immigrants’ right to citizenship: one of their own, a fellow Catholic, had discovered America, as you can see in our Columbus Day coloring pages.

Now that you’ve learned what Columbus Day is all about, it’s time to start coloring!