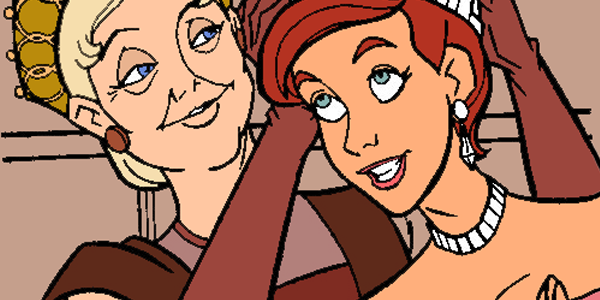 Welcome to our Anastasia coloring pages.

Anastasia is a 1997 American animated musical film produced and directed by Don Bluth and Gary Goldman at Fox Animation Studios. The film was released on November 21, 1997 by 20th Century Fox. The idea for the film originates from Fox’s 1956 live-action film version of the same name. The plot is loosely based on an urban legend which claimed that Anastasia, the youngest daughter of the last monarch of imperial Russia, in fact survived the execution of her family, and thus takes various liberties with historical fact.

At the Romanov tercentennial ball in 1916, the Dowager Empress Marie Feodorovna gives the eight-year-old Grand Duchess Anastasia a music box and a necklace reading Together in Parisâ that serves as its key in the hopes that they will ease her favorite granddaughter’s loneliness while she is away in Paris.

The ball is suddenly interrupted by the arrival of Grigori Rasputin, a power-mad sorcerer who was banished from the palace by the Tsar, Anastasia’s father. He casts a curse on the Imperial family that sparks the Russian Revolution as revenge. The Romanovs are forced to flee from the palace for their lives, but only Marie and Anastasia are able to escape the siege alive thanks to a young servant boy named Dimitri, who shows them a secret passageway in Anastasia’s room. Bartok immediately alerts Rasputin to Anastasia’s escape, and Rasputin confronts Marie and Anastasia on their way to the train station only to fall through the ice and drown. At the train station, however, Anastasia fails to board the moving train and becomes separated from Marie after she falls and hits her head on the railroad…

Find out what will happen next, by coloring our Anastasia coloring pages!