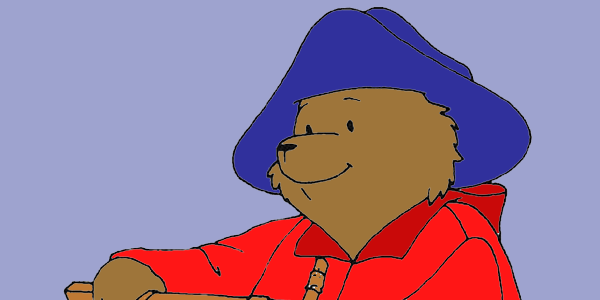 Paddington Bear is a fictional character in children’s literature. He is an adoptive member of the (human) Brown family, and thus gives his full name as Paddington Brown. He first appeared on 13 October 1958 and was subsequently featured in several books, most recently in 2008, written by Michael Bond and first illustrated by Peggy Fortnum. The polite immigrant bear from Darkest Peru, with his old hat, battered suitcase, duffle coat and love of marmalade sandwiches has become a classic character from English children’s literature. Paddington books have been translated into thirty languages across seventy titles and sold more than 30 million copies worldwide.

Paddington is an anthropomorphised bear. He is always polite—always addressing people as “Mr.”, “Mrs.” and “Miss” and very rarely by first names—and well-meaning, though he inflicts hard stares on those who incur his disapproval. He likes marmalade sandwiches and cocoa, and has an endless capacity for getting into trouble. However, he is known to “try so hard to get things right”.

Bond based Paddington Bear on a lone teddy bear he noticed on a shelf in a London store near Paddington Station on Christmas Eve 1956, which he bought as a present for his wife. The bear inspired Bond to write a story, and in ten days, he had written the first book. The book was given to his agent, Harvey Unna. A Bear Called Paddington was first published on 13 October 1958, by William Collins & Sons (now Harper Collins).