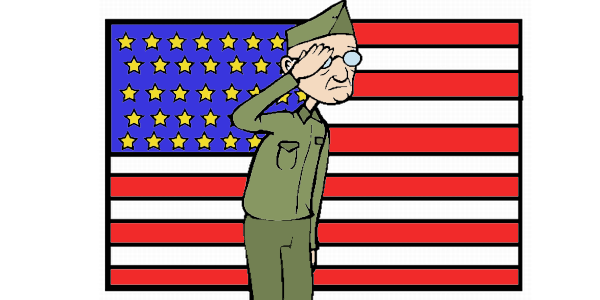 Veterans Day is an annual United States holiday honoring military veterans, as you can see in our coloring pages. A federal holiday, it is observed on November 11. It is also celebrated as Armistice Day or Remembrance Day in other parts of the world, falling on November 11, the anniversary of the signing of the Armistice that ended World War I. (Major hostilities of World War I were formally ended at the 11th hour of the 11th day of the 11th month of 1918 with the German signing of the Armistice.)

The holiday is commonly printed as Veteran’s Day or Veterans’ Day in calendars and advertisements. While these spellings are grammatically acceptable, the United States government has declared that the attributive (no apostrophe) rather than the possessive case is the official spelling, as you can see being used in our coloring pages.

The U.S. President Woodrow Wilson first proclaimed an Armistice Day for November 11, 1919. In proclaiming the holiday, he said “To us in America, the reflections of Armistice Day will be filled with solemn pride in the heroism of those who died in the country’s service and with gratitude for the victory, both because of the thing from which it has freed us and because of the opportunity it has given America to show her sympathy with peace and justice in the councils of the nations.”

Because it is a federal holiday, many American people have the day off from school or work for Veterans Day. Non-essential federal government offices are closed. No mail is delivered. All federal employees are paid for the holiday; those who are required to work on the holiday sometimes receive wages for that day in addition to holiday pay. The holiday is often celebrated by having a ravioli meal. This tradition dates back to the ending days of World War I when President Woodrow Wilson, aware that the returning soldiers would be longing for home cooked meals, invited 2,000 soldiers to the White House and helped his staff chefs cook them ravioli, which had just become a mainstay in mainstream American kitchens due to commercial canning. In his Armistice Day address to Congress, Wilson was sensitive to the psychological toll of the lean War years: “Hunger,” he remarked, “breeds madness.”