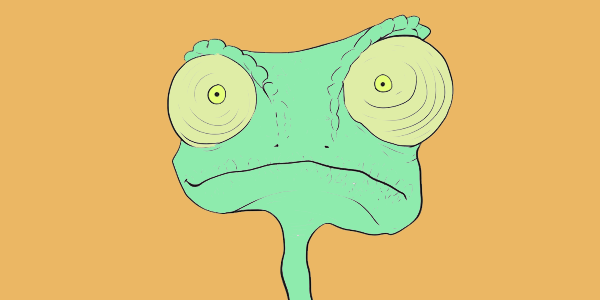 A pet chameleon (Johnny Depp) becomes accidentally stranded in the Mojave Desert after his terrarium falls from his owner’s car. After meeting an armadillo named Roadkill (Alfred Molina), who is seeking the mystical Spirit of the West, he narrowly avoids being eaten by a red-tailed hawk. The next day, after having a surreal nightmare, he meets desert iguana Beans (Isla Fisher), a rancher’s daughter, who takes him to Dirt, an Old West town populated by desert animals.

Have you ever been in the far West? Well if you haven’t that’s OK, because you can still feel like you have with our Rango coloring pages.

Beans discovers that the water reserves, stored in a water-cooler bottle in the bank, are dangerously low. At the Gas Can Saloon, the chameleon, using bravado and improvisation to fit in, presents himself as Rango, a tough drifter. He quickly runs afoul of outlaw Bad Bill (Ray Winstone), narrowly avoiding a shootout when the hawk returns, scaring Bill. The hawk chases Rango until by luck Rango kills the predator by crushing it under an empty water tower that he accidentally caused to collapse. In response, the Mayor (Ned Beatty) appoints Rango the new sheriff. A skeptical Beans demands Rango investigate the water problem while the townsfolk worry that the hawk was the only thing keeping gunslinger Rattlesnake Jake from returning to terrorize them.
That night, Rango inadvertently gives some mole robbers the location of the bank and tools to break into the vault. When the townsfolk find their water stolen, Rango organizes a posse that finds the bank manager, Mr. Merrimack (Stephen Root), dead. They eventually track the robbers to their mountain hideout, only for their leader, Balthazar (Harry Dean Stanton), to reveal that his clan of moles, prairie dogs and other such subterranean animals greatly outnumbers the posse. Nabbing the covered wagon water-bottle, the posse flees, chased in a ground and air fight before discovering the bottle is empty. Despite the robbers professing that they’d discovered it empty, the posse returns them to town for trial.